In 1609, whilst on the run for killing a man, Caravaggio paints a glorious Nativity
In 1969, the Mafia steal it…… 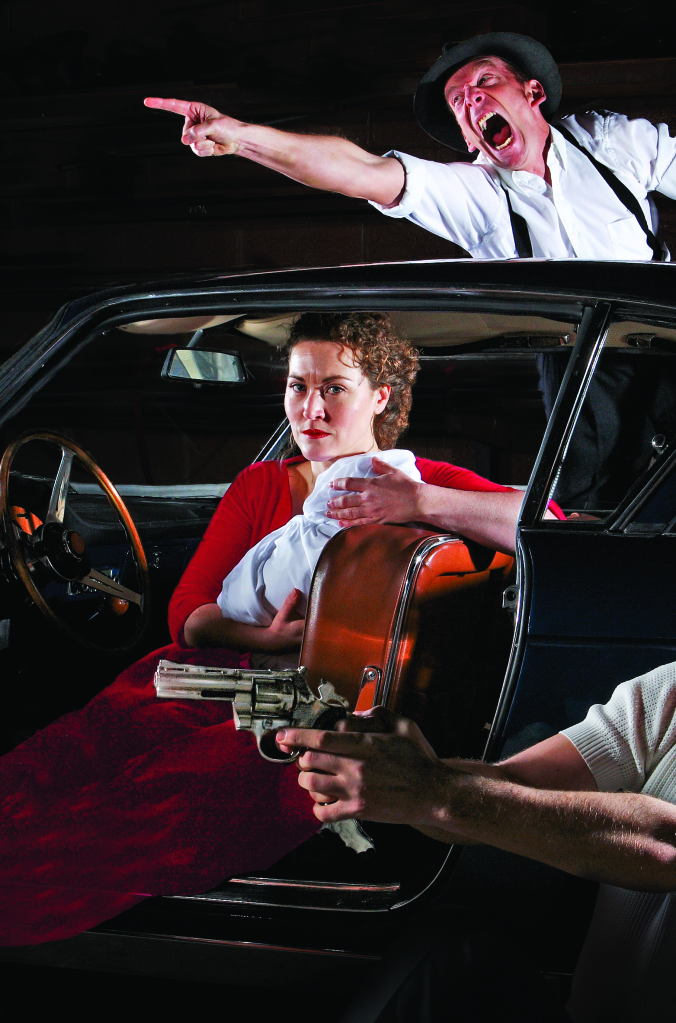 Theatre Alibi do it again and it just gets better. In a sparkling light mix of their signature comedy and farce blended over a dark skeleton of cruel secrets and hypocrisy, Theatre Alibi have created a fabulous play and a true testament to the light and dark that inspired Caravaggio

Live music swells and ebbs over dialogue, giving a filmic feel to a piece that sketches its characters with great tenderness and pathos. This is wonderful stuff

If Simon Schama hasn’t got there first, ‘Caught’ will make you want to scrutinise every painting Caravaggio ever made, and wonder
****

Caught is essentially a fiction but it was inspired by certain intriguing facts. Caravaggio did paint a Nativity in Palermo in 1609 whilst on the run from Rome, having killed a man in a brawl. This painting was ineptly stolen by, or for, the Mafia in 1969, cut from its frame with a razor blade. These fragments crash together to spark off irresistible questions. How could such a tender masterpiece have been painted by a killer? And did any of the Mafiosi who stole it four hundred years later notice its greatness? Did it touch them?

And… who was Caravaggio? He was an extraordinary revolutionary in his time: his realism was unprecedented. His early still lifes appear so real, it seems a bowl of fruit might topple out of the frame onto the feet of the beholder. His pioneering use of extreme light and dark, chiaroscuro, offered up his subjects with a merciless, pin-sharp clarity. The paintings were also startling for the vividness of their emotional expression. In his Love Triumphant, the look on the boy’s face is utterly unambiguous, however hard to pin down in mere words. But who he painted was most shocking – labourers, prostitutes, people he dragged in from the street, with dirty feet and calloused hands. It might not have mattered so much had the Church not been the main patron of the arts at the time, which obliged most painters to paint religious subjects. For Caravaggio to put the face of a prostitute on the Virgin Mary verged on blasphemy and risked not only the loss of Church patronage, but torture and death at the hands of the Inquisition.

The true fate of the painting after it was stolen in 1969 remains unknown. Anyone who might have known is dead or in prison and of questionable testimony. Rumours abound. One version of events has it that immediately after the painting’s theft, it was spread on the floor and walked on like a carpet while the thieves examined it. What if someone in the room was shocked by this? What if someone felt the violation?

Because surely one of the most remarkable things about Caravaggio’s paintings is their ability to draw people in, even after four hundred years. You can still sense his empathy, his delight in perceiving and reflecting how it felt to live in the world. His recognition of human suffering seems so profound it yearns somehow to share the burden. It’s hard not to find one’s own feelings reflected, and embraced there – an embrace all the more extraordinary when felt across the gulf of four centuries.