Somewhere a hundred fathoms deep a Russian submarine chugs through the ocean. It’s hard living on a submarine. You’re cooped up night and day for months on end in a three hundred foot long, thirty foot wide, three-storey tin can. So when Nikolai moseys on board with his secret stash of Westerns the crew are enthralled – wide open prairies, cowboys, ten-gallon hats and horses called Trigger. They have to keep it quiet, mind, the boss hates all things American…. But in the dead of night those Russians wear Stetsons, drawl like John Wayne and stage rodeos, yeehaw! And when there’s big trouble onboard, Nikolai and his friends, The Magnificent Three, are there to save the day!

A cracking tale of riding into the sunset and finding freedom. 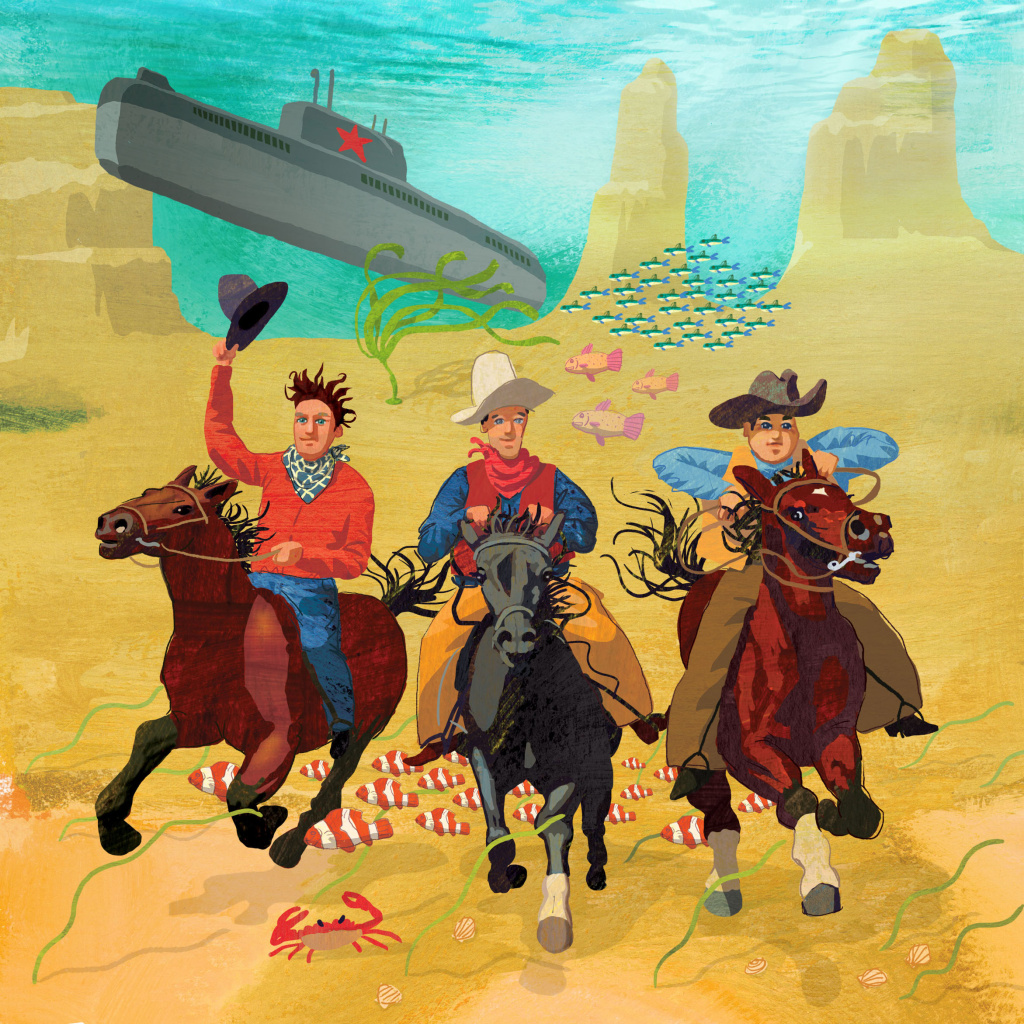 Sometimes people share a craze for something – collecting stamps,  mackerel fishing, dog grooming, ice-dancing, football, Laurel and Hardy… and this shared love of something can make people the closest friends. It doesn’t matter how strange the craze seems to other people, it sticks the crazies together like magic glue. Me, John Harwich and Richard Hancock shared a passion at school for the 2000 AD comic and for anything to do with Star Wars. We’d often be found in a corner of the playground discussing Judge Dredd or how a light sabre might actually work, while other kids skipped or kicked a ball past us, thinking what a bunch of weirdos we were.

Crazes come and go and people might look back and wonder why on earth they  got so excited about stamps or mackerel. But the connection between once-upon-a-time mackerel lovers often lives on – either they’re still friends or they remember each other fondly for the rest of their days. Who’d have thought I’d be telling you about John Harwich and Richard Hancock after all this time, eleven years after 2000AD has come and gone? I salute you, fellow sci-fi nuts of Junior 4, wherever you may be now. We were the best of friends.