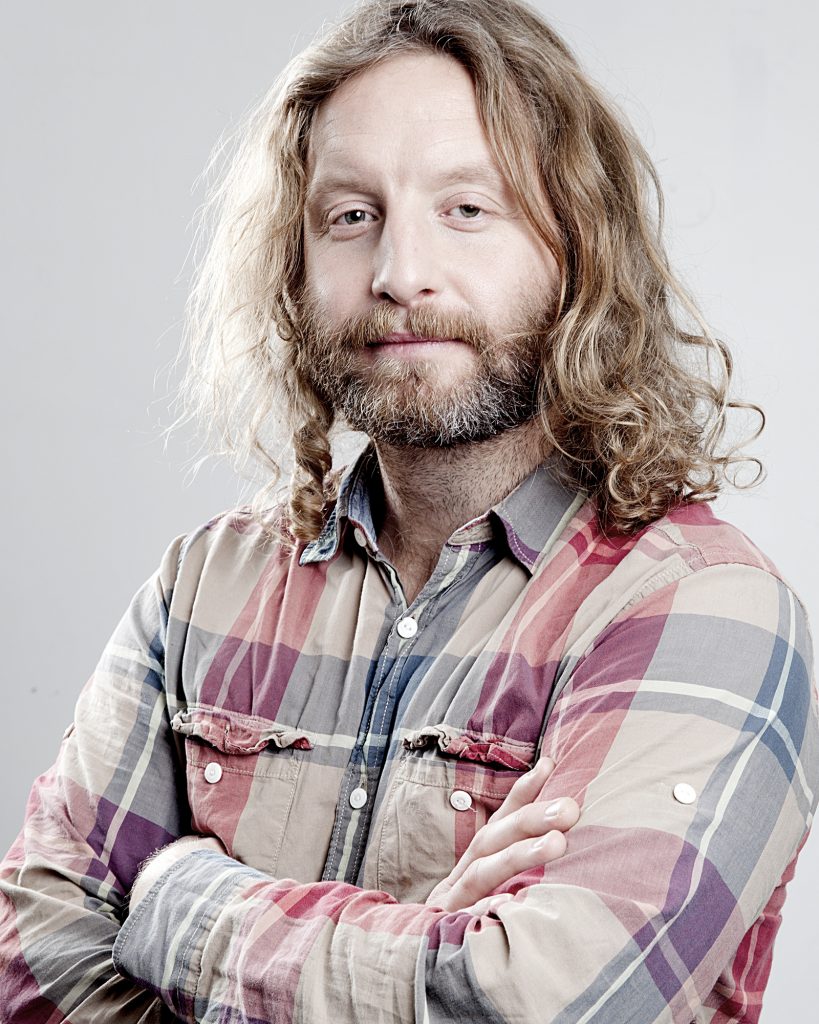 Director of Enrichment and Joint CEO at Punchdrunk (Charity)  – England

Peter is the Director of Enrichment, founder member and joint CEO of  Punchdrunk (Charity). As a graduate of Exeter University, he helped establish Punchdrunk in 2000 and has been part of the company ever since. Over the last 20 years Punchdrunk has been responsible for pioneering the immersive form nationally and internationally. Since 2008, armed with experiences of working as a secondary teacher and extensively within the TIE realm, Peter, established the company’s enrichment practice. Taking work into schools, community settings, and making work for family audiences. Current work includes working with teachers to develop immersive pedagogy through The Punchdrunk Learning Collective. Credits include the Lost lending Library, Small Wonders and Against Captain’s Orders. 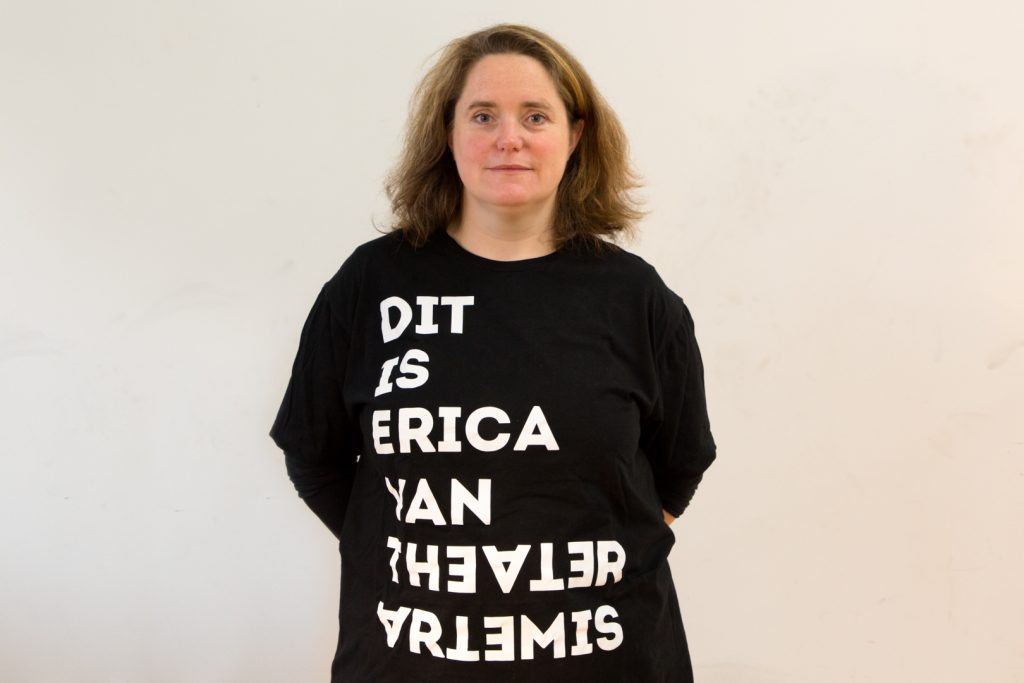 Erica van de Kerkhof is an educator at Theater Artemis. She is schooled as a visual arts teacher, experienced at teaching (aspiring) teachers and has been with Artemis for 18 years. Theater Artemis has its home in ‘s-Hertogenbosch in the South of the Netherlands. In 2013 Jetse Batelaan became the company’s artistic director. In addition to interactive, absurd and anarchistic performances  (including a three-day-performance in schools), Artemis produces art projects by Liesbet Swings. These projects arise in the encounter between artists and children and other participants. 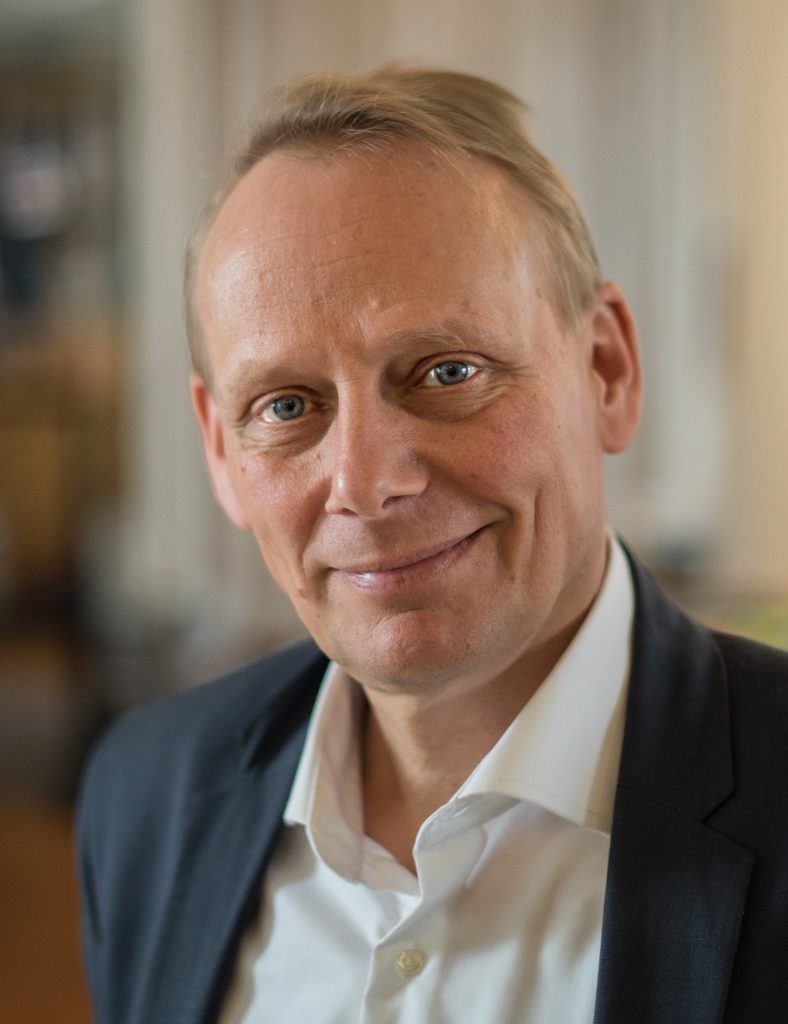 Henrik is the CEO Teatercentrum, a competence centre for the dissemination of theatre for children and adolescents and organiser of the Danish Aprilfestival for theatre for Young audiences. Henrik has served as the chair for the Danish Children’s Theatre Organisation and for Scenit, an Organisation promoting sales, visibility, access to and documentation of performing arts. He has also served on the advisory board for the Danish National School of Performing Arts. 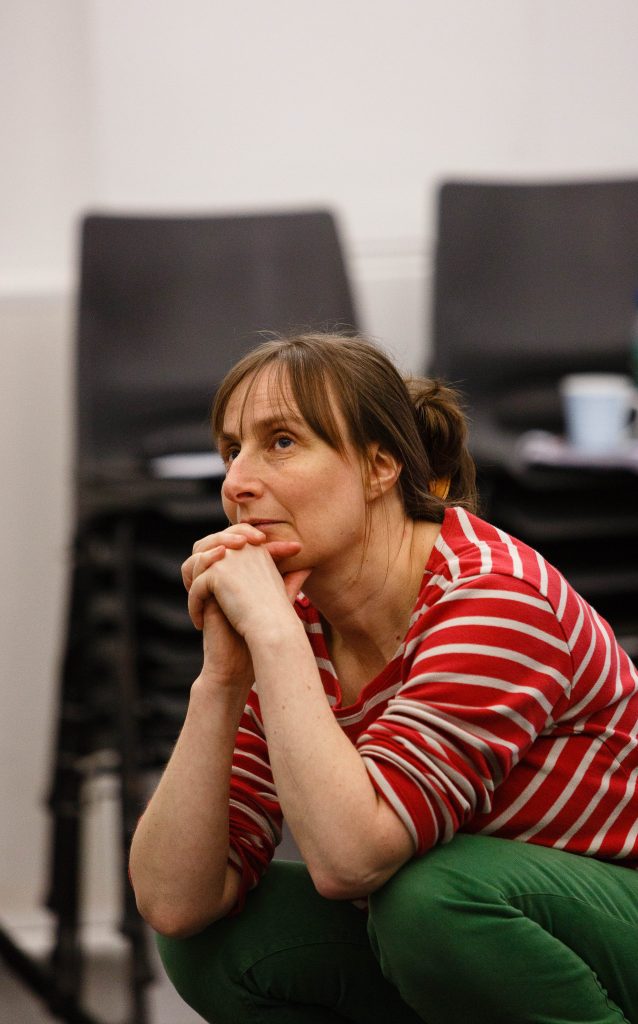 Nikki is Theatre Alibi’s Artistic Director. She is chair of Exeter Culture and is on the steering group for Exeter UNESCO City of Literature. Nikki has also directed for Theatr Clwyd Outreach and Platform 4 and taught at Exeter University Drama Department. Shows she has directed for Theatre Alibi include St Thomas Story Tours, I Believe in Unicorns, Falling, Table Mates, Apple John, Goucher’s War, The Crowstarver, Olive & the Dream Train, Mucky Pup, The Ministry of Fear, Cabbage Heart, Deep Down Cowboys, Cobbo, Spies, High Muck-a- Muck, Teapot, Caught, One in a Million, Lost & Found, Bonjour Bob, Why the Whales Came, Teapot, Little White Lies, Shelf Life, The Night Before Christmas (an RSC commission), The Swell, and Birthday. 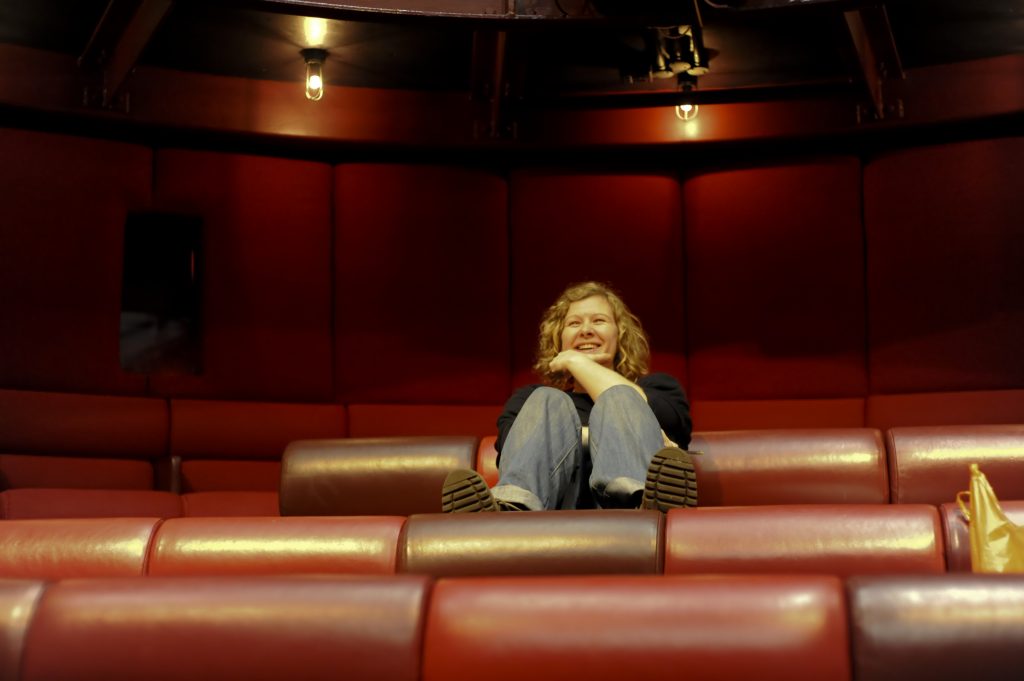 Heidi has worked under various roles; freelance director, head of education, performer, facilitator and director of young people’s theatre as well as artistic director for three different companies. All of this work has been rooted in PYA, family and community field.
She’s worked with organisations all over the UK including sustained periods at Bristol Old Vic, The Point, Eastleigh, Oxford Playhouse, the egg Bath and Kazzum London. She’s also had sustained periods working internationally in Ireland, and Middle East. And is a deep supporter of local to global conversation.
Heidi has a long association with Travelling Light having seen their flagship production Into the West in 1995 (when she was just 15). As a result of this Heidi became an admirer of the company and its ethos – watching over 20 productions before her appointment as Artistic Director in 2017. 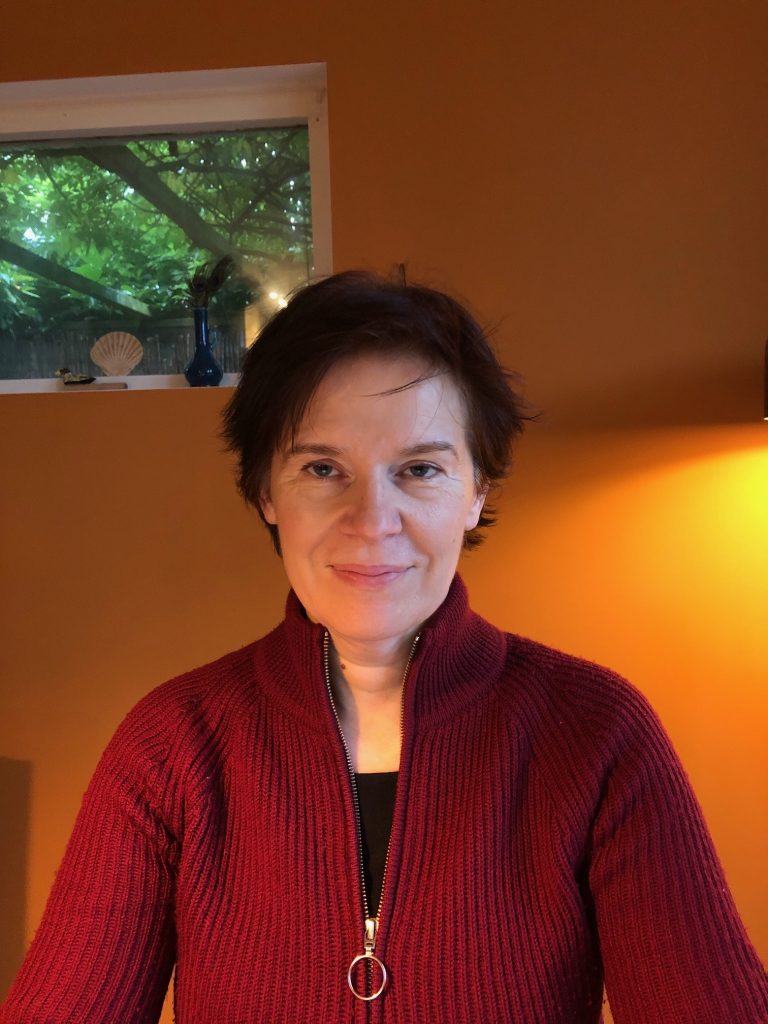 Monique is the Artistic Director and founder of Het Filiaal theatermakers. Characteristic of her directing style is the infectious love for the merging of music and theatre, of musicians and actors. The inspiring collaboration with the Hungarian-Canadian composer Gábor Tarján bears witness to this. Their joint productions excel in craftsmanship, humour, musicality and the use of powerful, almost cinematic images on stage. The last couple of years object theater (by associate artist Ramses Graus) and the use of live video have become more and more part of their signature style. Het Filiaal theatermakers is based in Utrecht, the Netherlands. Monique’s shows, for example The great Illusionist, Miss Ophelia, Falling Dreams and Baron Rabinovitsj have toured the world, from Sydney to Shanghai, from New York to Moscow. 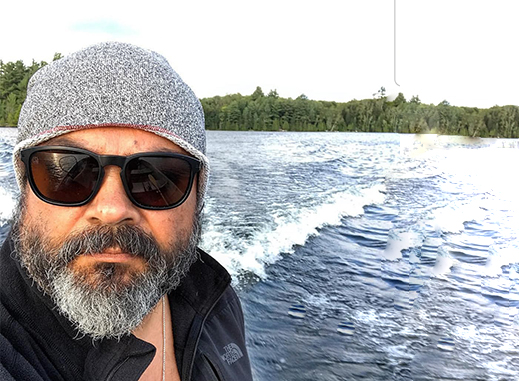 Executive Director of IPAY and PACT

Boomer Stacey is both the Executive Director of International Performing Arts for Youth (IPAY) as well as the Executive Director of the Professional Association of Canadian Theatres (PACT). Aside from serving and supporting the professional live performing arts/theatre sectors, and work in international partnerships and collaboration, organizational leadership, event production, learning and networking, and festival curation, Boomer also has a wide range of experience in international performing arts for young audiences. Prior work includes the Artistic Directorship of the renowned Milk International Children’s Festival of the Arts at Harbourfront Centre in Toronto. Boomer holds a BFA, visual arts, specializing in photography. He splits living locations between the ‘burbs just outside Tkaranto/Toronto, and a cozy cabin in the woods by a lake in Northern Ontario, on unseeded, traditional territories of the Anishinabi, the Huron-Wendat and the Algonquin First Nations peoples. He is currently pining for a return to the road to once again attend many national and international theatre events and festivities. 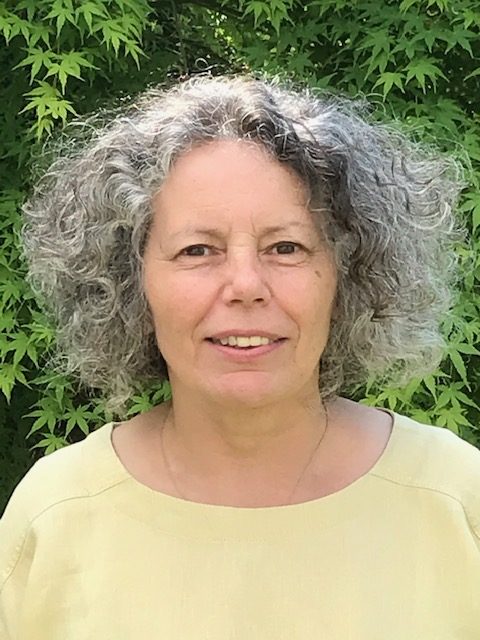 Elaine Faull has recently completed her PhD from the University of Exeter Drama Department in 2020. Her longitudinal inter-disciplinary research contributes to the fields of audience studies, education studies, memory studies and emotional well-being, and discusses the impact of theatre performance on primary-aged children’s learning. Throughout the three years of her PhD research she focused on three case-study productions from Theatre Alibi performed in a primary school setting. Elaine has been a secondary school Drama teacher, a Headteacher, a Director of a Community Arts Centre and is currently an independent evaluator for a range of arts projects. 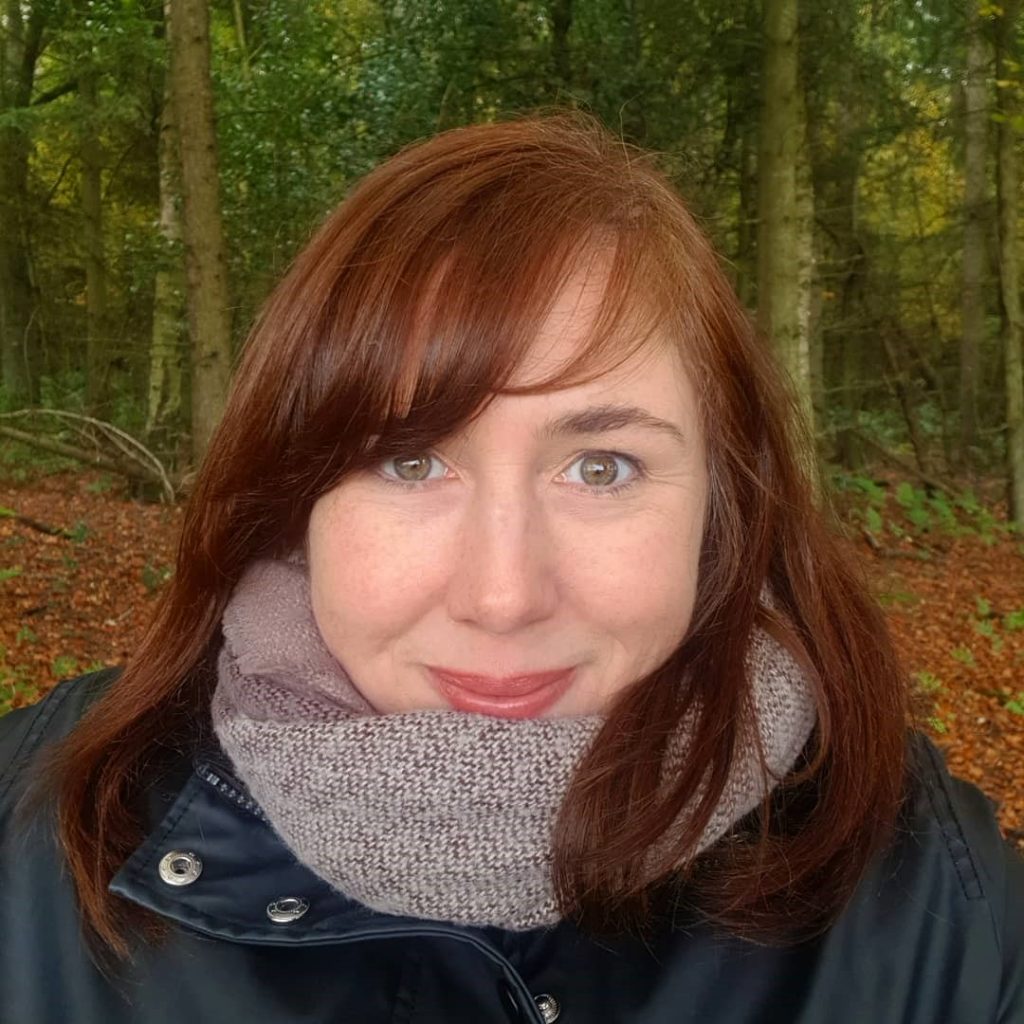 Pamela joined Imaginate in August 2016. She is responsible for producing Edinburgh International Children’s Festival and Festival on tour, Creative Development programme, oversees Theatre in Schools Scotland and manages other projects throughout the year.

She studied a BA hons in Drama and Theatre Arts at Queen Margaret University. After University she co-founded a producing and project management business, which included producing new work, running a festival venue, schools touring and arts administration. Pamela then worked for 10 years at the National Theatre of Scotland in a number of different roles including Learn Project Manager and Producer. Throughout that time she worked on touring productions, large-scale community and schools work, site specific and main stage productions. 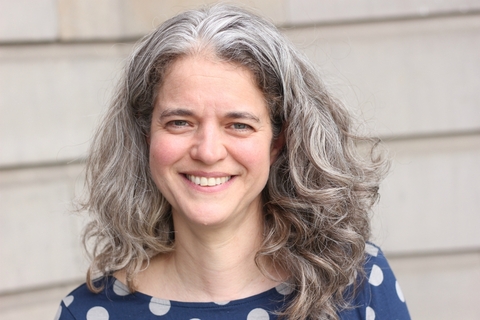 Theatre in Schools Scotland is a partnership project between Imaginate and National Theatre of Scotland. Having worked on the project since its inception in 2016, Anna re-joined Imaginate in April 2019. She has been there before, from 1999-2003 Anna coordinated Imaginate’s festival and other projects. She also worked for a number of years at Catherine Wheels’ as the Schools and Touring Development Manager. Anna has a Master’s degree in Social Anthropology and has had a varied career, having worked in the environmental sector, economic development, sports development, tourism and events. 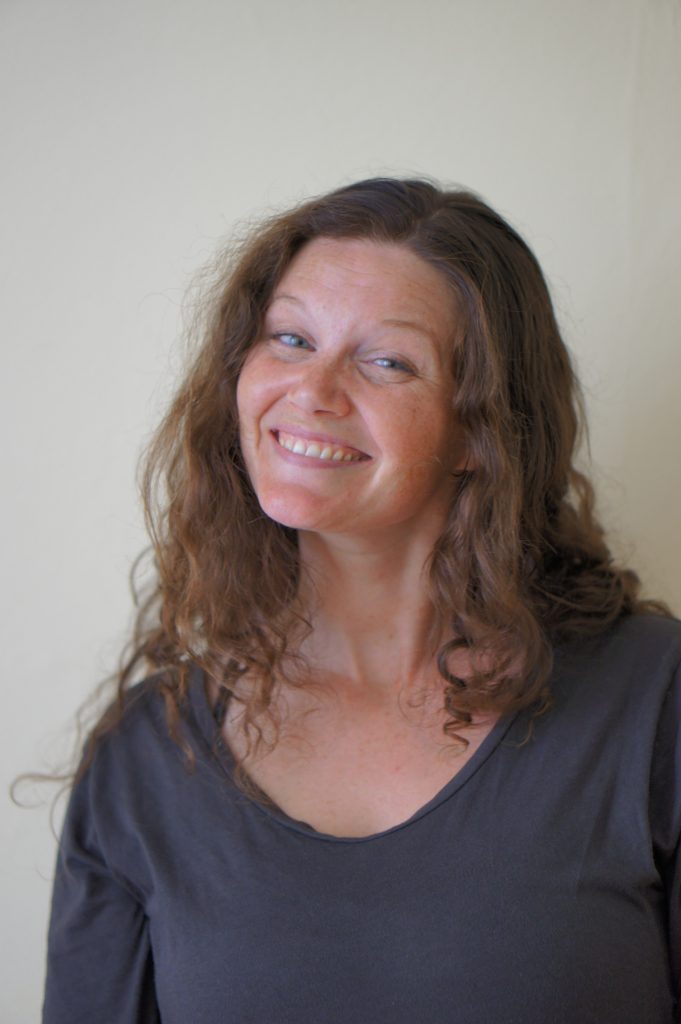 Erin works as a Lecturer in Applied & Educational Theatre at the University of Exeter. She is Co-Director of Doorstep Arts in Torbay: a grassroots organisation providing sustainable long-term participatory arts enrichment for children and young people in an area of statistically low socio-economic status. Doorstep Arts is part of the Collaborative Touring Network (2013-2023), building connections between outstanding touring performance and ongoing participatory work at various regions across the UK.  She also serves as the drama advisor for the MA in Creative Arts in Education, within the Graduate School of Education on the St Lukes campus.