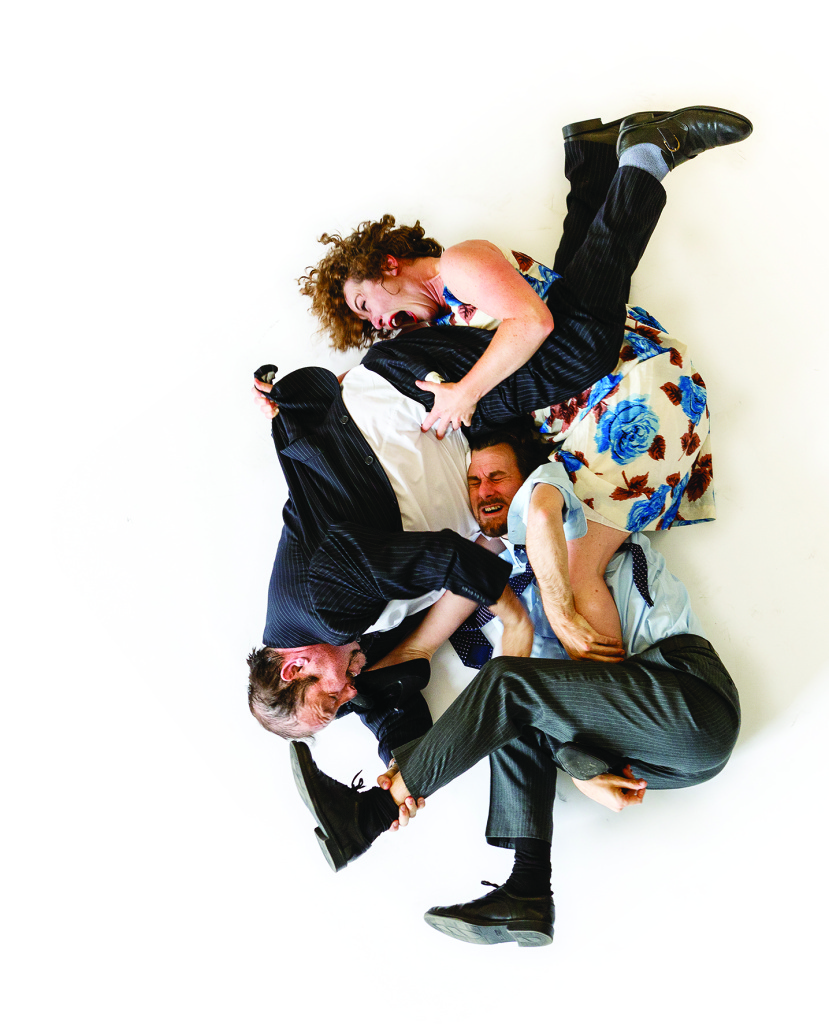 This highly physical show is intelligently devised as the actors engage, entertain and intrigue…

Theatre Alibi has established a firm reputation for its inventive and vivid stage productions and Hammer & Tongs is no exception.

Hammer and Tongs is one long snake of an argument that twists and turns but never quite stops.

It’s in the nature of really good barney that once it properly gets going there’s no telling where it might end up. We took this thought a step further and played with the idea that all arguments might actually be insanely inter-connected, that once you’ve descended into the Labyrinth of Discord you might be able to visit any other argument in the world as if by the secret tunnels in a game of Cluedo. And the choice of destinations would be vast because people get stuck in to each other everywhere you look – from Pennsylvania to Purley, in playgrounds and high courts, at home with the kids and even deep inside our souls – we argue.

But what might be discovered from all this rowing? However impassioned, isn’t most of it nonsense? Perhaps, but surely one thing common to most arguments is that those involved must care enough about something to fight over it. Rows are evidence of conviction. They might be maddening, saddening, exhausting and dignity-shredding but surely they’re inevitable between people who care about things and aren’t clones of each other. It would be eerie if the arguing ever stopped, a sign that nobody gave a monkey’s about anything at all anymore.

So aggro is probably here to stay and we’ve got to learn to lump it, and, of course, one of the best ways of lumping it is to laugh at it. Fortunately that’s quite easy because it already contains most of the base ingredients of comedy – absurdity, loss of dignity and shouting stupid things very seriously at the tops of our voices. …